They seem to be spreading in various cities. They’ve been in Wall Street for several weeks. Word is, they’ve moved into Washington Square Park in New York.

They’re in Washington as Occupy DC. They were in McPherson Square and Freedom Square, not far from the White House. And they were on the Mall this weekend. Here’s one sign bearer in the middle of the street in front of packed stairs of protesters at the National Air and Space Museum on Saturday: 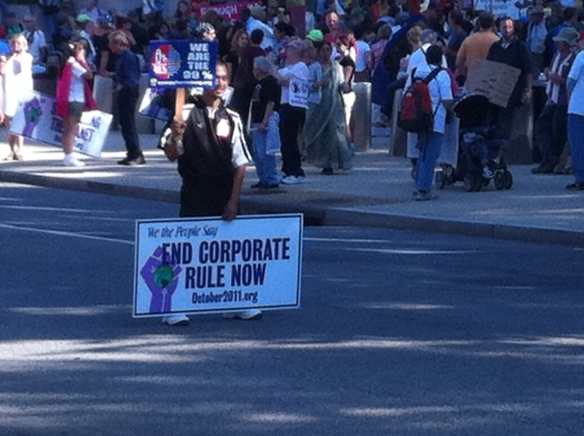 And they’re occupying a number of other cities across America.

So what’s the story? They’re telling you if you are willing to listen. They aren’t encouraging. In a lot of cases, they’re pretty desperate. And they’ve gotten that way because the economic system has collapsed and the future is looking dark. They blame corporate greed, political indifference and media neglect.