Looks like the political world is about to have a civil war. But it’s being narrowed to one party (from the Wall Street Journal):

Republican leaders and their corporate allies have launched an array of efforts aimed at diminishing the clout of the party’s most conservative activists and promoting legislation instead of confrontation next year.

GOP House leaders are taking steps to impose discipline on wavering committee chairmen and tea-party factions. Meanwhile, major donors and advocacy groups, such as the U.S. Chamber of Commerce and American Crossroads, are preparing an aggressive effort to groom and support more centrist Republican candidates for Congress in 2014’s midterm elections. …

The U.S. Chamber of Commerce early next year plans to roll out an aggressive effort—expected to cost at least $50 million—to support establishment, business-friendly candidates in primaries and the general election, with an aim of trying to win a Republican Senate majority.

“Our No. 1 focus is to make sure, when it comes to the Senate, that we have no loser candidates,” said the business group’s top political strategist, Scott Reed. “That will be our mantra: No fools on our ticket.”

Meanwhile (via the Arizona Evening Star):

PHOENIX — Republican gubernatorial hopeful Al Melvin is using quotes from Abe Lincoln in his running fight with President Obama and his policies.

The problem: The 16th president never said the things about class warfare Melvin is quoting.

For example, in postings last week on Twitter, the state senator from Tucson wrote, “You cannot further the brotherhood of man by inciting class hatred.” That quote, Melvin said, came from Lincoln.

Ditto for a quote of, “You cannot help the poor by destroying the rich,” and “You cannot strengthen the weak by weakening the strong.”

None of these came from Lincoln, Brooks Simpson, a professor of history at Arizona State University, said when asked about the quotes by Capitol Media Services.

“I can tell you that these quotes are spurious,” Simpson said. “They do not appear in Lincoln’s writings or in his recollected words.”

Seems the “no fools” strategy is off to a rocky start.

I guess we all just showed up one day (from The New Yorker):

While 54 percent of the members of the more God-fearing party believed “humans and other living things have evolved over time” in 2009, only 43 percent do now, according to a new Pew Research Center poll. The rate of Democratic belief in the concept went up slightly, from 64 percent to 67 percent. Meanwhile, only 60 percent of American adults believe in evolution, regardless of political affiliation, so you can’t blame it all on the increased prominence of Rick Perry.

It’s a good thing we have places like the Creation Museum here in Kentucky to straighten stuff like this out. I think this is the best part of its “man lived with dinosaurs” exhibit.

(That joke never gets old.)

This is supposed to be a happy game-show story:

Should I break it to her that she’s not going to keep the car? I mean, she looks so happy.

I’m just going with the odds here. I was on a game show once. Won a significant chunk of money and a trip to Europe. I also had to pay taxes on the winnings. Federal tax, taxes to the state I lived in, and California taxes, because that’s where the show was taped.

Now, for argument’s sake, I’m guessing the taxes all together are going to be AT THE VERY LEAST 30 percent of the total, so somewhere in the vicinity of $60,000.

So, she won’t keep the car. She’ll probably turn it over to an Audi dealer, who will take it off her hands for far less than the retail price, because as an owner, she now makes it a used car (pre-owned as they say in the classy television ads). And I’m not a tax lawyer here, but she still did get $170,000 from “The Price Is Right.” That’s income. Income is taxed. She still owes about $60,000. All told, she might walk away with cash in the low five figures. But nowhere near this “Price Is Right” moment. Maybe “The Price Is Right” folks have this all figured out and they’ll offer her a cash deal that covers everything. I doubt it, though.

I guess this dose of reality makes me the grinch who stole “The Price Is Right.” But I didn’t steal it. The tax man did. And the folks on “The Price Is Right” know this is going to happen. They also know this is great television. That means higher ratings. That means they can charge more for ads. You know, like giving Audi this six-minute ad for a car that’s never going to go to the contestant who won it.

(By the way, I did pay the taxes on my game-show winnings. Spent Easter in the sun in southwestern Europe. It was very nice.)

As good a reason as any.

What’s it like to ref a pro hockey game?

Don’t think I want to do that. Also, I don’t understand why when a fight breaks out in hockey, the fighters aren’t ejected from the game. Seems a pretty simple rule change.

StoryCorp is an audio-history project that’s been around for a decade in which people talk about their lives and the lives of others. Here are three stories of American diversity.

You can see these on YouTube, or order a DVD from PBS here.

The city on the left is Shanghai, China, in 1987. The city on the right is Shanghai in 2013. It’s like a modest backwater turned into the set of “Blade Runner” overnight. In terms of construction, this may have taken 26 years, but I can’t think of an American city that has changed this much this quickly.

Did you know there are more than 160 cities in China with a population exceeding one million? Can you guess how many American cities exceed one million?

China has a population 1.36 billion. The U.S. population is 317.3 million, less than a quarter of China’s. Still, given the proportion, you’d think there’d be at least 40 American cities over the million mark.

The cities I currently live in, Washington, D.C., and Louisville, rank 24th and 27th in terms of U.S. population. They wouldn’t even make the top 200 in China. Maybe that’s one reason American cities don’t grow as fast.

By the way, Shanghai is China’s second largest city in terms of population, with 27 million people. The largest U.S. city? New York, with a paltry 8 million.

And China’s largest city? The Guangzhou metropolitan area with 44 million. I have no idea where this is. I thought Beijing was the largest city, but it ranks third.

I remember when I first saw Santa’s Helpers in Brussels: white guys in black face.

I guess I should have been insulted, like everyone else appears to be all of a sudden. Which I find odd. I’ve known this European Christmas story for close to 10 years. Found it more entertaining than hearing about a obese guy living with his wife in a really cold place and commanding an army of pointy-eared little people dressed in green. 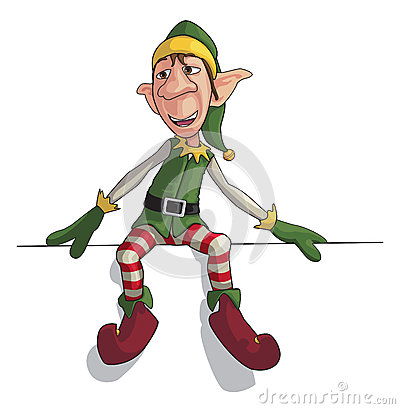 Like if you had a choice between being accosted by this or by the black guys up higher, which one would freak you out the most?

And as a parent, I really wish I could have told my kid when he was little: “Look. You better watch out. You better not cry. You better not pout. I’m telling you why. Santa Claus is coming to town with a bunch of black guys, and they’re gonna kick your ass if don’t get your act together.”

But, really, I never saw Santa’s helpers beat up kids in Belgium. They never even looked funny at kids. All they did was smile.

And not just on the street. I was at a fancy restaurant in Brussels called La Quincallerie with my boss, who came from the states around the holiday. So we’re having a nice dinner, and a couple of Santa’s Helpers come in, raising money for charity. My boss looks at me, wondering how he should react, and I tell him the story of the Spanish Santa.

Probably didn’t resolve anything. But there was an internal logic to the story.

Unlike the fat guy with a bunch of flying caribou.

But if you want to see a really disturbing Christmas story (Really, don’t watch this if you don’t want to be offended. This is really vile. You have been warned):

I told you not to watch it. Makes the black guys look tame, right?

There’s a scientific way to discover where people are from by how they talk. Click on this link at the New York Times and take the dialect test.

How Y’all, Youse and You Guys Talk

About a year ago, I drove from Milwaukee to New Orleans. It was amazing to actually hear the accents change as I drove from state to state. And the most neutral accent between the two cities was heard somewhere in Indiana. Of course.