And that old woman halfway through who was complaining that it was named after Obama really pisses me off, because:

a) It wasn’t. It was always called the Affordable Care Act, and

b) The Republicans named it Obamacare so they could get the bloated, ignorant Fox News viewers all apoplectic because that was more proof that socialist Nazi Kenyan usurper was going to use it to take away their guns (I know, that sentence doesn’t make sense, but nothing on Fox News makes sense, which makes it easy for their meathead viewers to fall for it.)

Besides, we’ll probably end up with this: 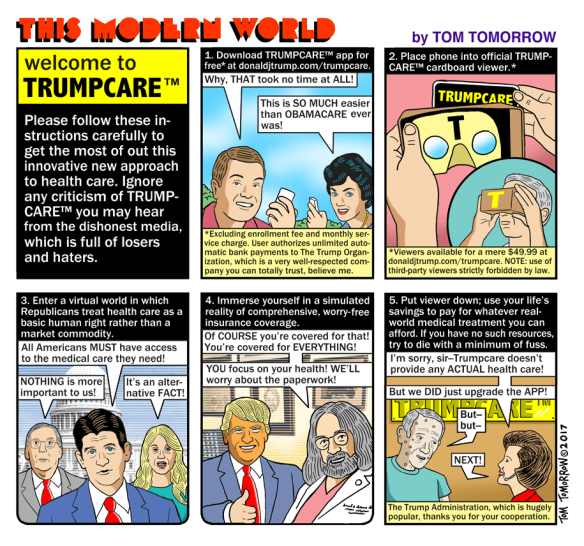