A crazy person with a gun shot up a baseball practice of congressional Republicans. The response from the right is as to be expected:

So after the murders of two men in Portland, after Mark Hokoana and his wife shot a man at the Milo protest, after mosque burnings, Hispanics being assaulted, death and rape threats towards journalists, bomb threats to Jewish centers and dozens of assaults at Trump rallies, the right has finally found a crime committed by a white man that they can say is domestic terrorism. Of course, that’s because the shooter happened to be a Bernie Sanders supporter.

So what does this shooting mean? Well to the paranoid lunatics that make up the gun enthusiast community, it means that the civil war they have been salivating for us finally going to kick off. Don’t believe me? Head over to any gun enthusiast website, even the ones that are supposedly non political, and have a look at the comments.

Look. Anyone who says the most important lesson from this is the evils of political divisiveness has his head up his ass. 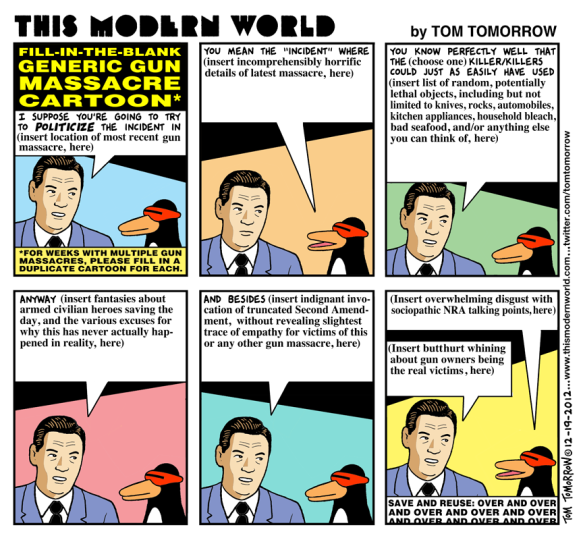