From the “failing” New York Times:

President Trump on Monday removed Anthony Scaramucci from his position as communications director, the White House announced, ousting him just days after Mr. Scaramucci unloaded a crude verbal tirade against other senior members of the president’s senior staff.

“Anthony Scaramucci will be leaving his role as White House Communications Director,” Sarah Huckabee Sanders, the White House press secretary, said in a statement. “Mr. Scaramucci felt it was best to give Chief of Staff John Kelly a clean slate and the ability to build his own team. We wish him all the best.”

Mr. Scaramucci’s abrupt removal came just 10 days after the wealthy New York financier was brought on to the West Wing staff, a move that convulsed an already chaotic White House and led to the departures of Sean Spicer, the former press secretary, and Reince Priebus, the president’s first chief of staff.

In a Twitter message just before 5:30 on Monday morning, just hours before the announcement about Mr. Scaramucci, Mr. Trump insisted that there has been “No WH chaos!”

Well, it was fun while it lasted.

From “The Dark Knight Returns”:

This has been out for a while, but I just saw it this weekend. I still have the original Frank Miller comics from 1986 (31 years? No way!)

The best part of the comic was this fight, which, as you can tell, was completely ripped off in “Batman v. Superman.”

This was the movie “Batman v. Superman” should have been.

The comedy writes itself.

Seriously? How can anyone work for this douchebag? 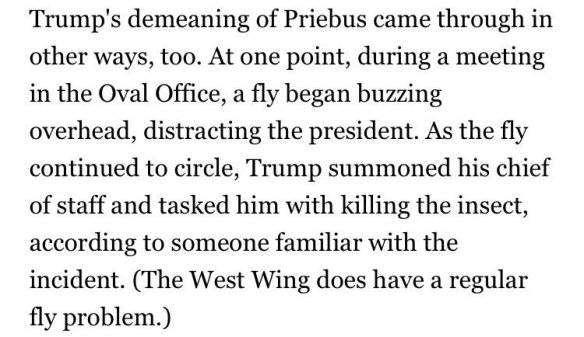 I guess his tiny baby hands couldn’t get a grip on a flyswatter. And his bigger problem is flies are drawn to crap. 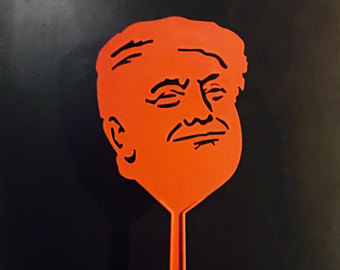 From at Ted Talk in D.C. a few years ago.

I am pleased to inform you that I have just named General/Secretary John F Kelly as White House Chief of Staff. He is a Great American….

…and a Great Leader. John has also done a spectacular job at Homeland Security. He has been a true star of my Administration

I would like to thank Reince Priebus for his service and dedication to his country. We accomplished a lot together and I am proud of him!

I’ll bet this is how Reince found out he was just fired.

I really miss being in Belgium.