See the old folks tied in white ropes. Hear the banjo. Don’t it take you down home?

Perhaps a change to cribbage would be advised.

But the Klan klinging kewpiedoll didn’t do any of that.

Attorney General Jeff Sessions is just a few public appearances away from demanding we bend the knee (and not in the protesting way), I can feel it.

On Tuesday, the Justice Department head gave a speech at Georgetown University’s law school, in which he tried out some shockingly bad propaganda on the invite-only audience, claiming, for instance that universities are attacking free speech. “The American university was once the center of academic freedom, a place of robust debate, a forum for the competition of ideas,” Sessions told the crowd. “But it is transforming into an echo chamber of political correctness and homogenous thought, a shelter for fragile egos.”

This coming from a delicate lily of the valley who got the vapors when California Sen. Camilla Harris asked him questions in his confirmation hearing:

“Why fiddle dee dee. I have such a delicate constitution and can’t possibly respond to your aggressive query. Lawdy, Lawdy, whatever am I going to do?!?! Somebody please bring me my smelling salts.” 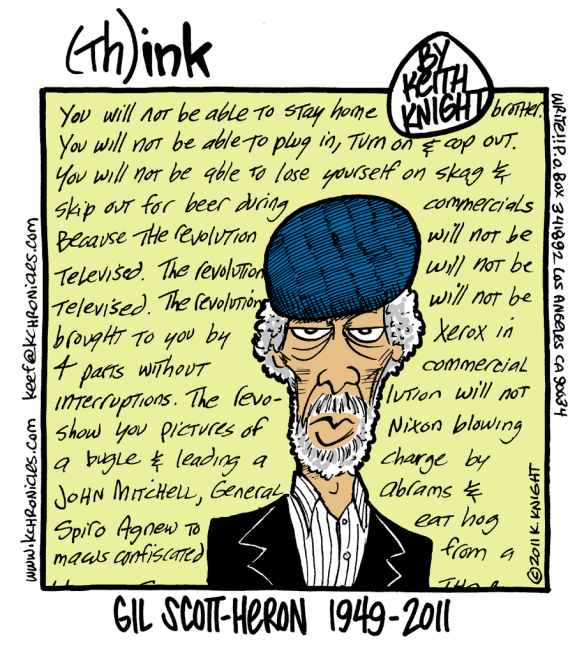 This from North Korea (via Gizmodo)

North Korea’s foreign minister Ri Yong Ho just had a rare press conference outside the United Nations in New York. And it’s not great. The diplomat declared that the US has declared war on North Korea. And he stressed that he hopes the world remembers in the future that it was the US who declared war first.

“As you already know, for the last few days, the United Nations sincerely wished that the war of words between the DPRK and the United States did not turn into real actions,” he began, according to his translator.
“However, last weekend Trump claimed that our leadership wouldn’t be around much longer. And hence, at last, he declared a war on our country,” Ri continued.

President Trump declared in a speech at the UN last week that the US stands ready to “totally destroy” the country if necessary, in response to North Korea’s persistent nuclear weapons tests and overt threats to US territory Guam. His tweets about leader Kim Jong-un, who he calls “Rocket Man,” have also worsened tensions between the US and North Korea.

“Given the fact that this comes from someone who is currently holding the seat of the United States presidency, this is clearly a declaration of war,” Ri said at today’s press conference.
“All the member states participating in the United nations and the whole world should clearly remember that it was the US who first declared war on our country. The UN charter stipulates individual member states’ rights to self defense,” said Ri.

So, given that we’re on the brink of nuclear war, what did the kopper koiffed kleptocrat talk about today?

President Trump defended his high-profile campaign against NFL players who kneel during the national anthem and insisted it hasn’t distracted him from hurricane relief efforts in Puerto Rico.

“To me, the NFL situation is a very important situation,” Trump said Tuesday at a news conference. “I have plenty of time on my hands. All I do is work.”

Oh, yeah, what has he done on Puerto Rico?

President Trump’s slow, unenthusiastic and — yes — mean response to the humanitarian crisis facing Puerto Rico in the aftermath of Hurricane Maria is astonishing. He seems oblivious to the fact that the 3.4 million people living there are Americans, in many cases more patriotic than he is.

First, let’s talk about Trump’s delayed response to the disaster. While Trump visited Texas twice within a week shortly after Hurricane hit that state, and traveled to Florida five days after Hurricane Irma, he made no immediate plans to visit Puerto Rico.

Facing a barrage of criticism in the media and tweets from — among others — former Democratic candidate Hillary Clinton for ignoring the natural disaster in Puerto Rico, the White House announced Tuesday that Trump would visit the island on Oct. 3. It will be almost two weeks after the storm.

And what the fuck does “I have plenty of time on my hands. All I do is work” even mean?

May the people who put this klown in office suffer a thousand times more than the people in Puerto Rico, who are better Americans than the pump truppets will ever be.

Look, we went over the cliff on Election Day. Where just waiting to see what degree of dead we are when we hit the bottom. This headline says it all: