Rush Limbaugh will be evacuating South Florida, just days after the popular conservative radio host claimed that Hurricane Irma would not hit the United States and that scientists and the liberal media were hyping up the hurricane as proof of their global warming “lie.”

“So there is a desire to advance this climate change agenda, and hurricanes are one of the fastest and best ways to do it. You can accomplish a lot just by creating fear and panic. You don’t need a hurricane to hit anywhere,” Limbaugh said on his show Tuesday. “All you need is to create the fear and panic accompanied by talk that climate change is causing hurricanes to become more frequent and bigger and more dangerous, and you create the panic, and it’s mission accomplished, agenda advanced.”

But on the show Thursday, Limbaugh said he would be off the air for the next few days.

“May as well… announce this. I’m not going to get into details because of the security nature of things, but it turns out that we will not be able to do the program here tomorrow,” Limbaugh said Thursday. “We’ll be on the air next week, folks, from parts unknown.”

Limbaugh said the show will be back on the air Monday, but to be on the air Friday would be “legally impossible” for them do to the show out of South Florida.

Limbaugh did not recant his earlier statements about Irma, and he did not encourage his listeners in the area to evacuate. In fact, Limbaugh seemed to even double down on his earlier views.

“The views expressed by the host of this program [are] documented to be almost always right 99.8 percent of the time,” Limbaugh said right before announcing he would be leaving South Florida for parts unknown. “There is a reason for that because we engage in a relentless and unstoppable pursuit of the truth and we find and proclaim it and that happens to drive people crazy.” 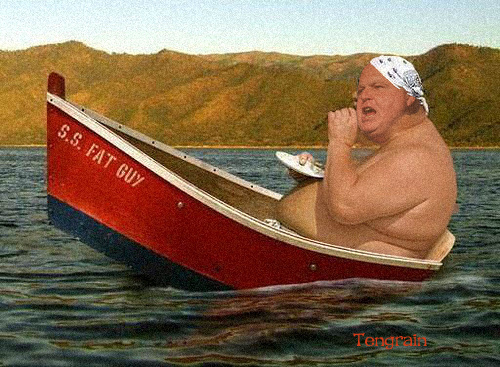