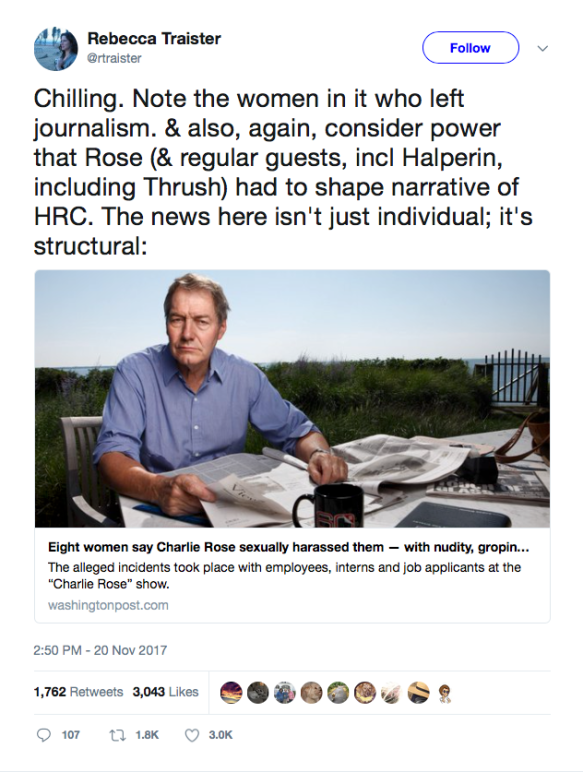 Charlie Rose, Glenn Thrush of the New York Times (the other harasser outed today) and Mark Halperin of ABC and CNBC. Not to mention Roger Ailes and Bill O’Reilly of Fox. That covers all of the networks, right?

Let’s put this in context. This is one of the reasons Hillary Clinton lost the election. Because when the Pussygrabber-in-Chief boasted his prowess about grabbing pussy, these guys thought to themselves, “What’s the big deal?”

They all hate women, and everything they did, from their interaction with their female co-workers and how they decided to cover the atrocities of Babyman, was geared toward keeping women in their place.

What I don’t get is how they got away with it for so long, when everybody knew what they were doing?