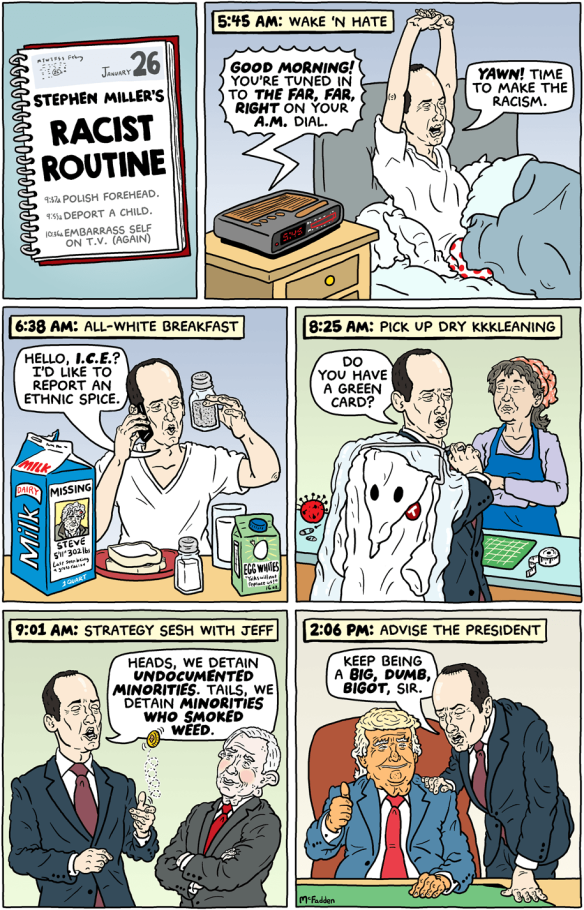 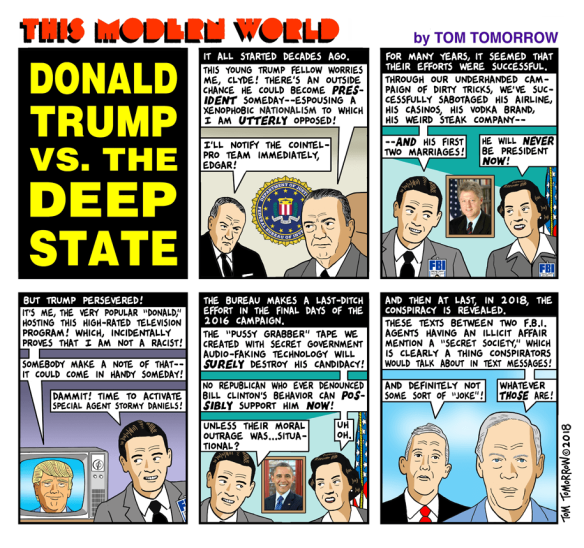 Why not? Nothing else makes sense.

He reminds us not to reminisce about George W. Bush (the Dumber), who was the absolutely worst president of all time when he was in office.

That is until his party, the GOP, gave us the orange-hued, pumpkin headed, pussy grabbing babyman.

And that’s why the Republican Party has to be put in eternal time out, because if we don’t stop it, it’s going to destroy us all.

Democrat Steve Beshear, and a previous state legislature, led in part by Democrat Greg Stumbo, started a scholarship program to help college students in Eastern Kentucky finish their degrees. Called the Kentucky Coal County College Completion Scholarship, it was funded by the state initially at $1 million before expanding to more counties and growing to $4 million in scholarships that went to many colleges in coal country. …

Of course, something was bound to fuck it up, and that is the fact that the coal industry is a dinosaur that doesn’t understand that it’s long past time to be extinct. See, the program is funded by a coal severance tax, which is based on the value of coal that is processed in the state. And because coal is fucked, the amount of that tax being collected is falling as the amount of coal mined in Kentucky falls. “Revenue from the tax dropped from $310 million in 2011 to $100.5 million in the fiscal year that ended June 30,” so, yeah, coal’s fucked.

So asshole Republican Governor Matt Bevin, who seems to be doing everything he can to dick over the poor in his state (although, to be fair, the poor did a pretty good job of self-dicking by voting for Bevin), has proposed eliminating the scholarship program in his latest budget. Obviously, when the jobs are drying up, you want to make sure that the poorest areas of your state remain mired in horrific poverty.

Kentucky has one of the lowest rates of college degree attainment. It’s 47th (West Virginia is 50th because, yeah, coal). Republicans will just pretend that the “good” jobs that disappeared a long damn time ago are going to come back, instead of admitting that history and technology are making coal into just black rocks that should stay in the damn ground. And let’s be honest here: those jobs have always been shitty and dangerous and underpaid.

If Bevin gets his way, a whole lot of young adults will be forced to give up college or go into the debt spiral that higher education entails, the future be damned in favor of an illusion of bringing back a fake past.

And now his creator is dead:

Mort Walker, whose “Beetle Bailey” comic strip followed the exploits of a lazy G.I. and his inept cohorts at the dysfunctional Camp Swampy, and whose dedication to his art form led him to found the first museum devoted to the history of cartooning, died Jan. 27 at his home in Stamford, Conn. He was 94.

Bill Morrison, president of the National Cartoonists Society, confirmed the death. The cause was pneumonia.

In contrast with the work-shirking soldier he immortalized, Mr. Walker was a man of considerable drive and ambition. He drew his daily comic strip for 68 years, longer than any other U.S. artist in the history of the medium. …

Beetle’s cast includes the title character, a lanky goof-off whose eyes are always covered by the visor of his hat or helmet; his rotund nemesis, Sgt. Snorkel, a violent but sentimental man who frequently beat Beetle to a pulp of squiggly lines; the ineffectual Gen. Halftrack, who ran Camp Swampy (a place the Pentagon had lost track of); Halftrack’s voluptuous secretary, Miss Buxley; Cookie, the hairy-shouldered chef and purveyor of inedible meatballs; and the bumpkin Pvt. Zero.

The characters never saw battle, and weapons and uniforms were not updated. Mr. Walker said that the military setting was simply a convenient stand-in for the pecking order of which everyone is a part.

Yesterday, the Wall Street Journal reported that they were tipped off to dozens of allegations of sexual misconduct against Steve Wynn: the Vegas king of in-your-face luxury; also RNC finance chairman under Trump. Most explicitly, a Wynn hotel manicurist allegedly reported to HR that he ordered her to lie down on a massage table, remove her clothes, and have sex with him in 2005. Anonymous sources tell the Journal that she was paid a $7.5 million settlement. A massage therapist told the Journal that he coerced her to give him hand jobs in his office over the course of months.

Wynn’s attorneys were not immediately available for comment to Jezebel.

The man who begs the question why do they always look like scrotum muppets? called the allegations “preposterous” in a statement published yesterday. But Politico reports that he is now stepping down from his post as RNC finance chairman. On Friday night, the Wall Street Journal reported, the Wynn resorts board of directors said they would form a committee to investigate the matter.

Since eating Tide pods is a thing (I have no idea why), let’s take a chemical look at why it’s a bad thing (click to enlarge. From Compound Interest): 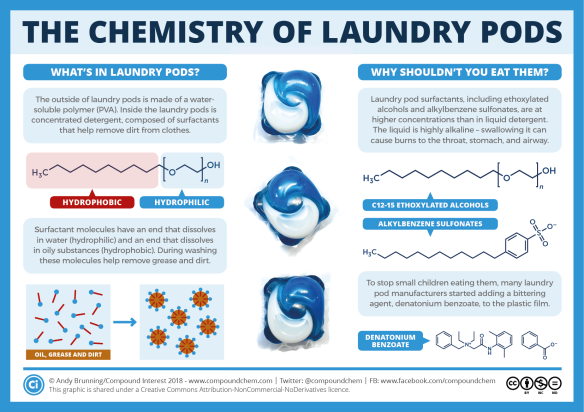 OK, people. I didn’t know this was a thing:

You have to have a famous football player tell you NOT TO EAT TIDE PODS? Why would anyone eat laundry detergent?

That’s like saying, “Don’t look at the sun” during a solar eclipse. I mean who’s stupid enough to do that?