The administration of the korrupt krimson klown is kidnapping children:

On Feb. 20, a young woman named Mirian arrived at the Texas border carrying her 18-month-old son. They had fled their home in Honduras through a cloud of tear gas, she told border agents, and needed protection from the political violence there.

She had hoped she and her son would find refuge together. Instead, the agents ordered her to place her son in the back seat of a government vehicle, she said later in a sworn declaration to a federal court. They both cried as the boy was driven away.

For months, members of Congress have been demanding answers about how many families are being separated as they are processed at stations along the southwest border, in part because the Trump administration has in the past said it was considering taking children from their parents as a way to deter migrants from coming here.

Officials have repeatedly declined to provide data on how many families have been separated, but suggested that the number was relatively low.

But new data reviewed by The New York Times shows that more than 700 children have been taken from adults claiming to be their parents since October, including more than 100 children under the age of 4.

The data was prepared by the Office of Refugee Resettlement, a division of the Department of Health and Human Services that takes custody of children who have been removed from migrant parents. Senior officials at the Department of Homeland Security, which processes migrants at the border, initially denied that the numbers were so high. But after they were confirmed to The Times by three federal officials who work closely with these cases, a spokesman for the health and human services department on Friday acknowledged in a statement that there were “approximately 700.”

Every day brings us another atrocity with Spanky McPornfucker and his idiot band of drooling Nazi sycophants and inbred followers. And just so you understand the magnitude of scum of this administration: 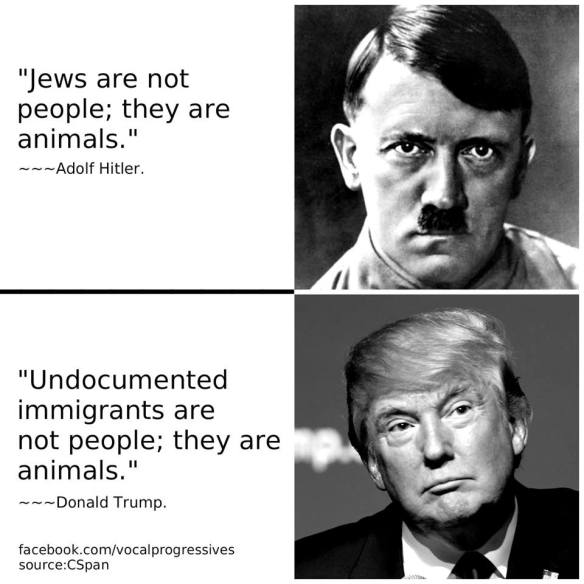