If you’re a fan of Alfred Hitchcock, you’ll understand this cartoon. If not, it’s your loss: 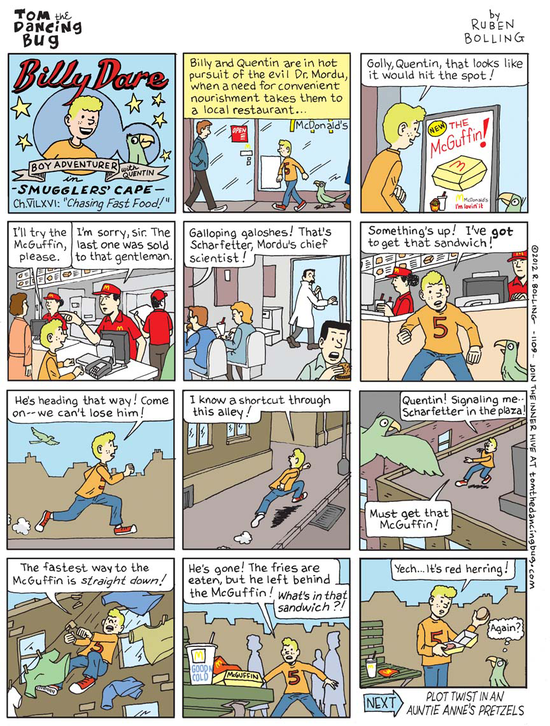 And I can’t wait to see the movie with Anthony Hopkins and Helen Mirren:

As a Hitchcock fan, I can say that of all of his movies, this is the one I wish I could have seen on opening day. To have no idea of what it was about. To be completely thrown when the leading lady is murdered in the first half of the movie. To come to the horrifying realization that “Mother-m-mother, uh, what is the phrase? She isn’t quite herself today.” That would have been one of those delicious movie memories. Instead, I caught snippets of it on television in the early ’60s and it wasn’t until many years later that I saw the whole movie from start to finish.

And I still get a little jittery when taking a shower in an empty house.