Mark Sanford, a Republican, was South Carolina’s governor from 2003 to 2011. For six days in 2009, he disappeared. No one knew where he was. Not his security detail. Not his family. When he reappeared, he told the state that he had gone on a hike on the Appalachian Trail. It was a lie. He was with his mistress in South America. On state expense. He’s an adulterer, and he said this wasn’t the only time he had cheated on his wife.

This year, he decided to run for Congress. On the night he won the Republican nomination, he introduced his young son to his mistress. On stage. In front of supporters. 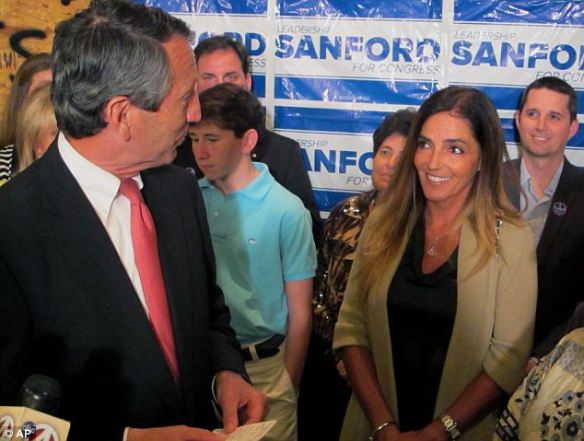 That’s his son, not looking at his father or his father’s mistress.

Mark Sanford is a douche bag.

Recently, the douche bag held a debate with a cardboard cutout of California Congresswoman Nancy Pelosi: 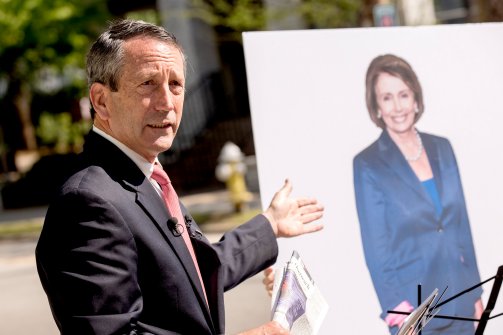 I hope the people of South Carolina realize that the cardboard cutout has more integrity than Mark Sanford.

This is political genius:

Never mind that this is kind of a bait and switch, because Stephen Colbert‘s PAC does have to report its donors. You can link to that here.

But for Nancy Pelosi to sit there and say “Even using his super PAC to attack my friend, Newt Gingrich” … well, that’s just worth the price of admission to watch the Bizarro World dead spin in their graves.

As they say in the European land of baguette lovers, “Bien fait, Madame.”

(These Colbert/Stewart super PAC ads are great. But to emphasize, they aren’t coordinating with each other.)

Stephen Colbert is probably doing more to explain the presidential campaign process, and the evils of super PACs than anyone in the media today.

Mitt Romney is a serial killer? What a great ad.

But as Bill Moyers says: I’ll believe corporations are people when Texas executes one.